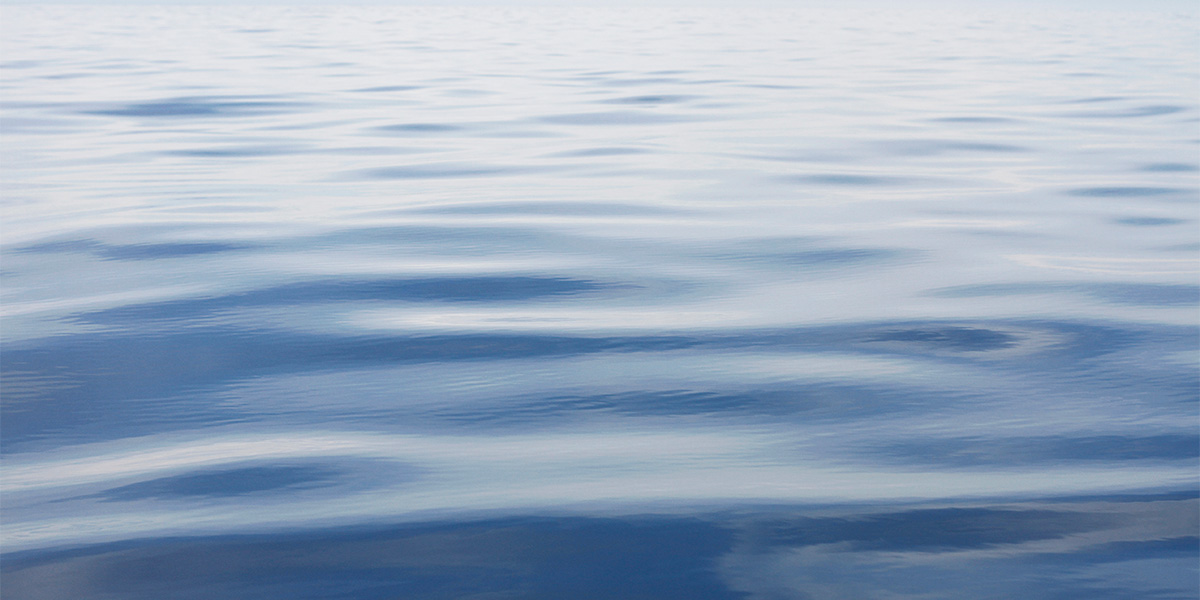 Blue Health: The Benefits of Being Around The Sea

This year more than ever people have been discovering the positive effects of natural spaces, and in particular the ocean and other bodies of water, upon physical and mental health. What was once viewed as being in the realms of pseudoscience or folklore (the Victorian tradition of “taking the sea air”) has in recent years been validated by numerous scientific studies. Blue Health is a thing, and it’s something that we firmly believe in here at Cornish Rock Tors.

What is Blue Health?

Blue Health is based upon the concept and commonly held belief that spending time near or in water is good for us. Poor physical and mental health have huge negative impacts upon affected individuals, and the growing financial costs associated with treatment can be considerable. Over the last three decades an increasing number of scientific studies have assessed and proved that access to natural and wild spaces can have a positive impact (Green Health) and since 2010 that has expanded to cover the impacts of time spent alongside, in, on or under water (Blue Health). It has been discovered that it is actually where these two environments meet, at the coast or on the banks of rivers and lakes for example, that the greatest benefits occur.

BlueHealth is a pan-European research project being led by Exeter University’s European Centre for Environment and Human Health (ECEHH) based in Truro, Cornwall, working with scientists across the continent. It is due to conclude this year (2020) and has been studying the links between environment, climate and health with a focus on bodies of water, and initial findings have shown there to be a strong positive link.

“It’s fantastic that we’re leading this pan-European project here in Truro. We’re hoping to use our findings to develop guidelines on how health should be considered when creating and improving access to aquatic environments, ultimately informing decision makers in healthcare, public health and town planning.”

The team at The Wave artificial surfing lake in Bristol have compiled a wonderful and really accessible report on blue health (with an emphasis on surfing) that you can check out by clicking here.

How Does Being Around Water Help With Health and Wellbeing?

Proximity to a body of water, in particular at the coast, has been found to help in a variety of ways: 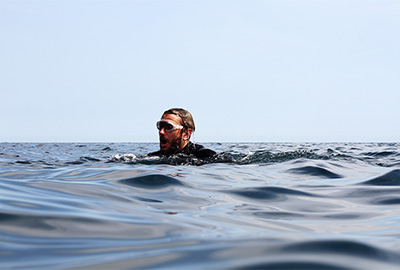 If the water in question is cold then there are additional health benefits found from repeated immersion, such as increased blood circulation and lymphatic drainage, the stimulation of brown fat, and a reduction in the body’s inflammation reaction as well as claims that it improves the immune system. Immersion in cold water also triggers the release of dopamine and serotonin which improve mood (they are known as the body’s “happy chemicals”).

Dr. Jo Garret from the University of Exeter undertook a study using data from 26,000 people, and found that living close to the sea resulted in better mental health outcomes, particularly for those households with the lowest incomes.

Researchers found that to access the health and wellbeing benefits of natural environments, an individual needs to spend two hours or more each week in or around them. That can be a visit to the coast or a river or lake and simply spending time in sight of the water, or it could involve an activity on or in the water. You might choose to walk the coast path, have a picnic on the beach, get out on the water on a stand-up paddleboard or sea kayak, or get in it for some open water swimming. There are so many ways to access these spaces. 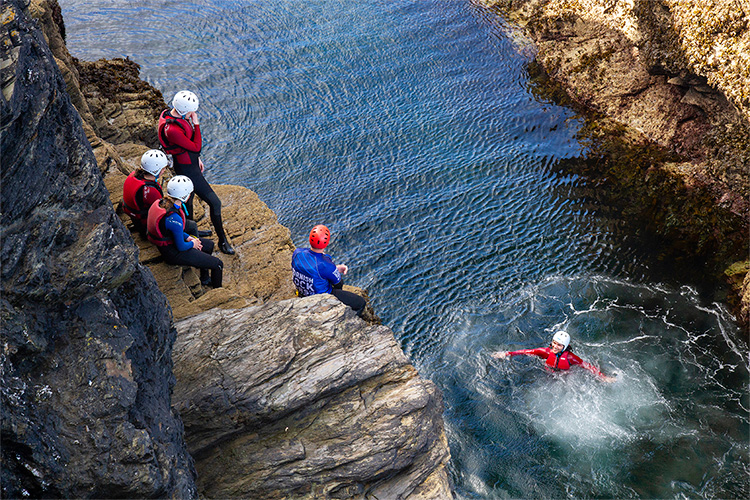 All Smiles Whilst Coasteering

Write Yourself A “Blue Prescription”

Whilst green health is now a part of the NHS strategy, you can’t yet get a “blue prescription”. That shouldn’t stop you from taking advantage of the benefits of blue health of your own volition however, using these settings to boost existing good health or to help prevent and/or recover from episodes of poor physical and mental health. 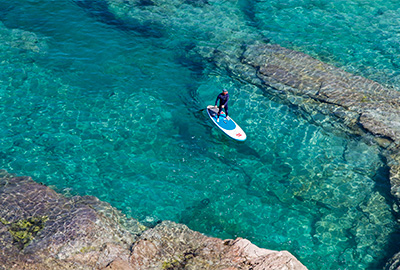 Here at Cornish Rock Tors we’re lucky enough to spend our working hours either immersed in, floating on, or at the very least in-sight of the ocean, and we spend our working days sharing the coast of Cornwall and the Celtic Sea with you all. We believe in the health and wellbeing benefits of spending time around water and in particular at the boundary where the land meets the sea. All of our activities tick that box of providing “at least two hours” in that blue space, and we’re in no doubt that even just a single session can benefit people.

The World Within Rockpools