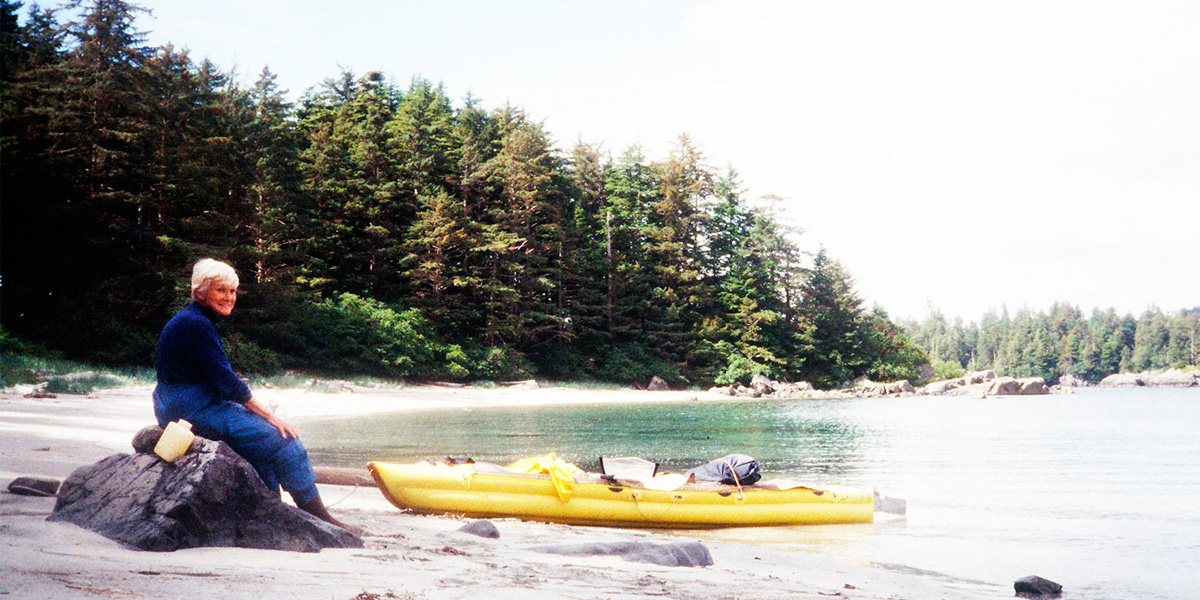 In 1962, ten years after moving to Hawaii and raising four children as a single mother (one of whom became a famous surfer), Audrey Sutherland set off alone to explore the northeast coast of the Hawaiian island of Moloka’i. An isolated coastal wilderness that was, and still is, largely inaccessible except by sea, the northeast coast of Moloka’i features some of the highest sea cliffs in the world towering up to 3,600 feet above the sea that are intercut by three deep and steep valleys. It was described by Audrey as a place of “eroded chasms, rainforest slopes, and a thousand waterfalls”. On her first expedition Audrey planned to swim the coast towing her things in a floating pack (a foam cooler-box), coming ashore to walk and scramble where possible along the ledges and boulder-strewn shoreline, and to camp in the valleys. Her journey was around 13 miles as the crow flies (but more like 25 miles in terms of actual distance travelled) and took her seven days – she had taken a week off work. 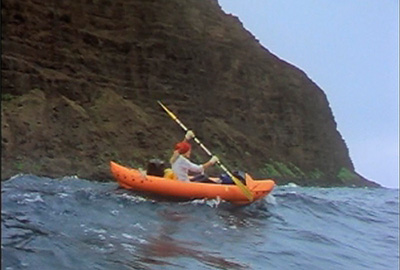 Audrey paddling the coast of Moloka’i

Three years later Audrey returned to repeat her journey, and then again two years afterwards in 1967, but this time with an inflatable kayak that she had ordered from a catalogue. Over the coming summers, for one week each year, she refined her methods of traversing this wild coast and, little-by-little, repaired a derelict U.S. Geological Survey hut in one of the valleys to provide shelter.

With her inflatable kayak (she thought it looked and was closer dimensionally to a canoe, a term more suited to the Hawaiian islands, and so called it such) Audrey undertook many expeditions around the Hawaiian archipelago and then further afield around destinations such as the Greek Islands or Samoa. 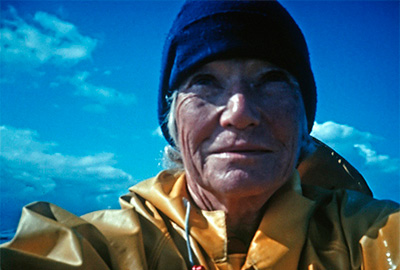 Every summer between 1980 and 2003, through her sixties, seventies and into her eighties, Audrey took her inflatable kayak to Alaska and British Columbia and paddled stretches of the inside passage, exploring over 8000 miles of islets and waterways. She took her deflated kayak on the plane and mailed her food provisions to settlements along her planned route to collect as she passed, allowing her to undertake her solo adventures on an incredibly tight budget. 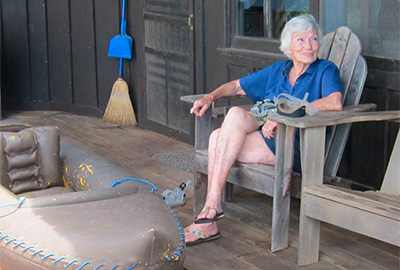 At home in Hawaii with her old inflatable canoe

Audrey Sutherland found joy, excitement and challenge in the narrow band where the sea meets the cliffs; she went coasteering many, many, years before coasteering had even been given a name and definition. Her books Paddling My Own Canoe (about her Moloka’i adventures) and Paddling North (about her solo kayaking expeditions in Alaska) are both great adventure stories that inspire us to get out and explore the wild places, and are well worth reading.

Audrey passed away on February 23rd 2015 at the age of 93, leaving a legacy of inspiration and the wonderful motto, “Go Simple, Go Solo, Go Now.”

This article was originally published in February 2016.