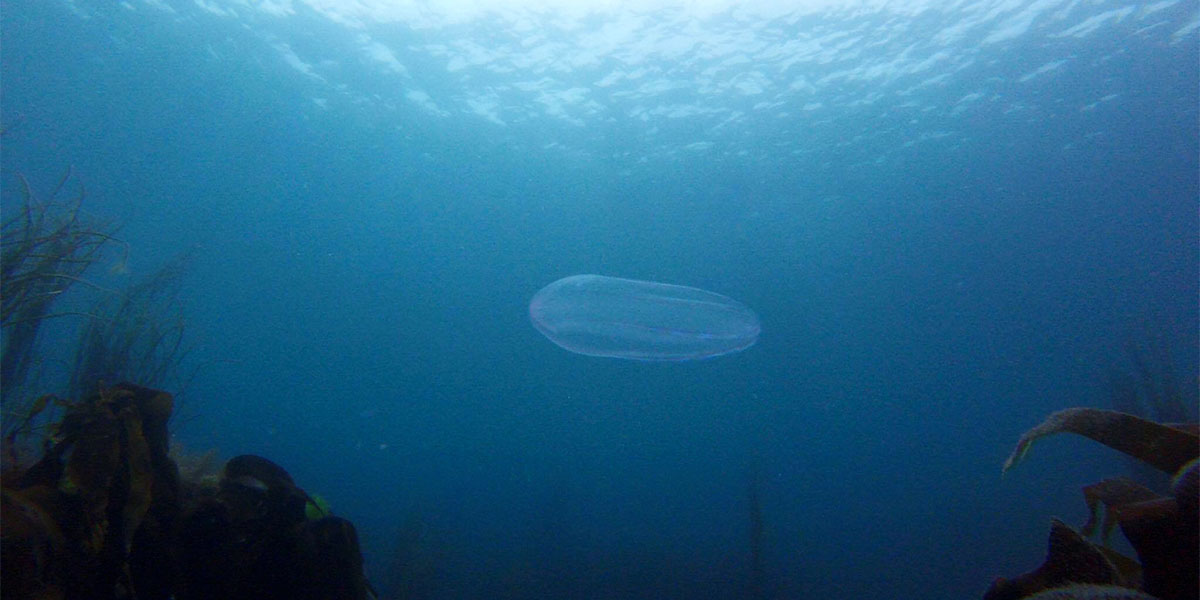 There have been numerous jellyfish drifting with the tide recently, mostly Moon jellyfish (Aurelia Aurita) and Blue jellyfish (Cyanea lamarckii), but we have also spotted a few Comb jellies (Beroe cucumis) that are truly mesmerising. A Comb jelly is a sack-shaped jelly so looks very different to a “normal” jellyfish with their bell-shaped body and tentacles hanging underneath. They can grow up to 15cm in length and have been described as being “shaped like a small courgette”, however we have only seen small specimens about half that size recently – not much larger than an adult’s thumb. 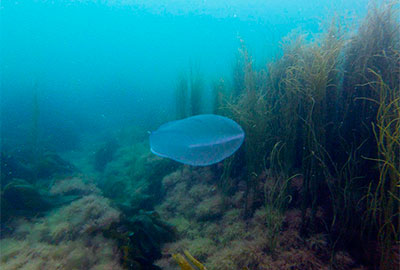 They are totally transparent making them hard to spot, but the eight longitudinal combs that run the length of the comb jelly and which they use to propel themselves reflect and refract the light as they beat putting on a spectacular light display. As they move, every colour of the rainbow seems to ripple along the length of the comb jelly. One friend called a comb jelly a “disco jellyfish” when she was shown one recently! They are also reported to be mildly bioluminescent, but it’s hard enough to spot them during the day let alone at night! Comb jellies are predators, actively hunting plankton and often feeding on other comb jellies. They feed by swallowing their prey whole through their large mouth.

If you’re paddling in the shallows around the rocks in any of Cornwall’s sheltered bays, such as here at Port Gaverne, this summer, then keep an eye out for the rippling light display of the comb jelly – they are a wonder of nature and a sight to behold.