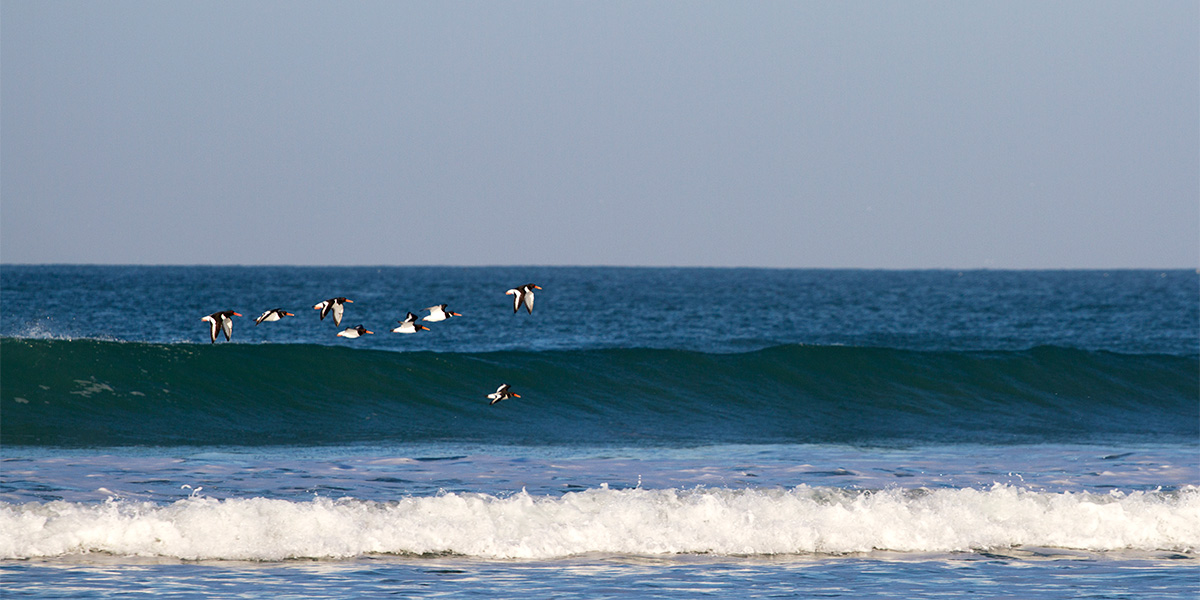 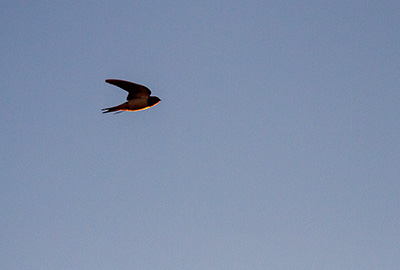 Swallow on the wing

At this time of year, swallows and swifts that have been here for the summer pack up and fly for Africa, to be replaced by species from northern latitudes flying south to escape the arctic winter. As well as the year-round residents and regular visitors, rarer species arrive having been blown off course (usually by easterly winds) or even having been carried across the Atlantic from North America by the fast moving weather systems that are common in the autumn months.

Besides the mild maritime climate and the fact that for many migrating birds Cornwall is their first chance of landfall, there is a huge range of habitats in the county. Whilst the headline sites and reserves are further south in the county, we’re lucky enough to be based on a stretch of wild coast that has been designated an Area of Outstanding Natural Beauty where we see a lot of sea birds. From the sea cliffs around Tintagel (Lye Rock near Bossiney Haven is a small island that was once famous as the site of Cornwall’s largest colony of puffins and is still a breeding site for peregrine falcons and a number of seabird species) to the Camel Estuary, taking in the SSSI at Pentire Head, there is a large range of habitats and opportunities to spot birds and wildlife in a relatively small area.

“The craggy north facing cliffs and offshore islands provide excellent habitats for predatory and carrion feeding birds. Raven and Peregrine have been recorded here. Peregrines are known to breed at Rumps Point where there is also a long established colony of House Martins. Other breeding birds at Pentire Peninsula include Corn Buntings, Guillemot, Razorbill, Fulmar and a colony of Puffin on Mouls Island.” 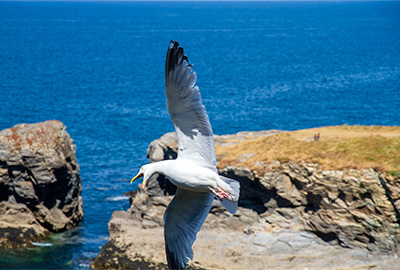 Around the estuary you’re likely to spot oystercatchers, whilst Pentire provides the opportunity to see birds of prey such as peregrine falcons and kestrels as well as smaller birds such as rock pipits and stonechats. Along the coast around Port Gaverne great black-backed gull, lesser black-backed gull and herring gull are a common sight year-round, as well as fulmar, shag and kittiwake. Between March and July we also razorbill and guillemots. 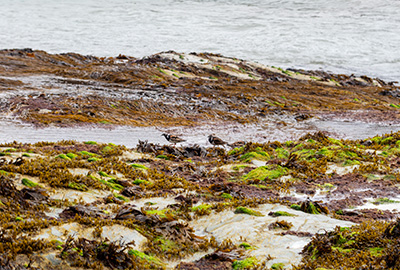 On the pebbly shoreline here you can see a variety of small wading birds such as turnstones and various other sandpipers*.

Whether you’re a fully signed up birder or twitcher, or simply looking for a holiday and you have a passing interest in wildlife, then Cornwall is the place to be in October. It’s common to see a lot of different sea birds during one of our guided sea kayaking trips, particularly at this time of year, and because the trips visit otherwise inaccessible stretches of coast characterised by high cliffs, and silently, you can observe without disturbing. If you like the sound of a sea-borne adventure with a side of ornithology, then click through to book. 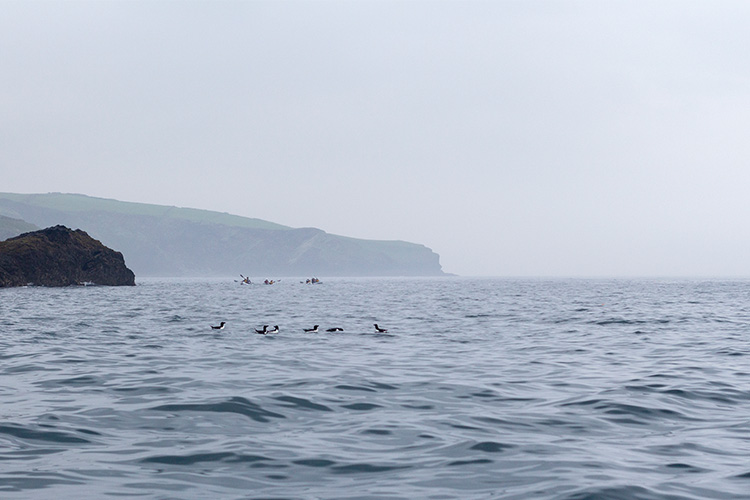 A Raft of Razorbills

*If you’re visiting North Cornwall this month and spot something that you can’t identify, Cornwall Wildlife Trust have a great section on their website to help you work out what it is.